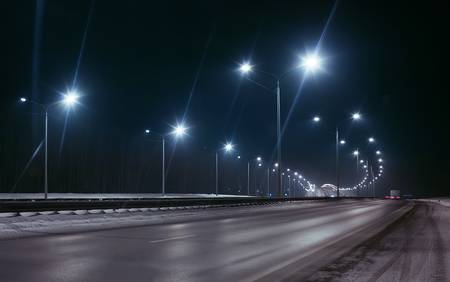 The PECU consumes energy. The amount varies according to the technology used. Generally consumption is less than 5W (approx 44kWh/year) and many are less than 0.25W (which equates to
2.2kWh/year).

Burning hours have the most dramatic effect on consumption. A further 100hrs/year on a typical 100W load results in an additional 10kWh/year consumption. Switching level, switching accuracy, and switching ratio.

The most critical part of any PECU is the light sensor. The spectral sensitivity and long-term stability play an important role in providing reliable daylight detection. The below table further explains.

CdS sensors operate as light dependant resistors. They have conductivity approximately proportional to the level of light. They were the predominant sensor 20 years ago and are still sometimes used. It is very arguable whether CdS sensors meet RoHS requirements and they are also subject to some long term drift.

It is possible to construct a semiconductor diode to produce a current proportional to the incident light level. The currents generated are small and need careful amplifcation by a circuit that compensates for thermal effects. The fundamental physics of semiconductor junctions means that silicon photo-diodes have signifcant sensitivity to light outside the visible spectrum. Although semiconductor technology can limit this, other measures e.g. filters are needed for matching of sensitivity to that of the human eye. This is usually achieved by the addition of a flter that blocks light outside the visible spectrum. Filters can take a number of forms, but are usually bulk-coloured glass slips added to the photodiode assembly during manufacture. 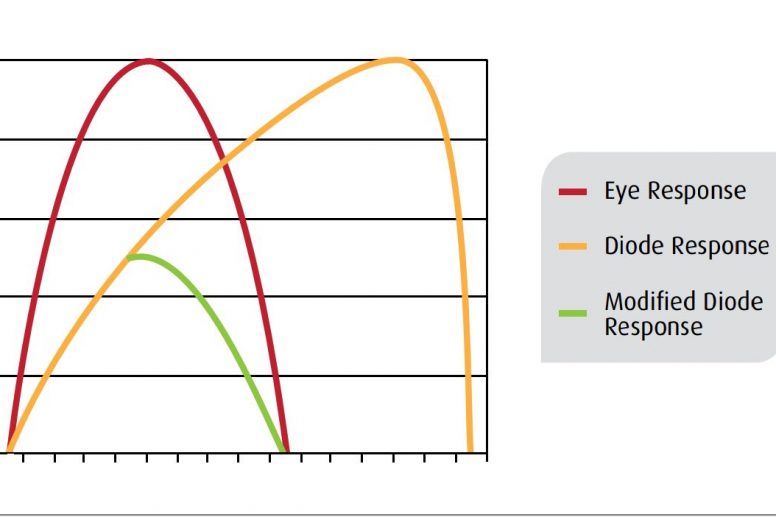 There are 3 cautionary notes:

• Such PECUs can only be used with light sources that generate virtually no IR (Incandescent lamps generate huge amounts of IR)
• That the PECU, although insensitive to visible light, will still be affected by very high levels of visible light. The arrangement of the PECU within the luminaire should minimise such light.
• The proportion of IR to visible light in daylight varies with weather conditions so the PECU will not switch as accurately as a conventional PECU. An increase in annual burning hours of up to 25% can be expected.

Photodiode sensors can also be incorporated into integrated circuits providing an ideal format for digital processing of data from the sensor. Whilst many sensors include external flters it is also common to use two sensors, one sensitive to the full-spectrum the other with a flter. By careful processing of the output of these sensors it is possible to obtain phenomenally accurate sensors for measuring Lux.

PECUs typically use one of three devices to switch the load:

These relays are suited to use with CdS sensors. They have a number of drawbacks, principally power consumption and size. Today they are rarely used as load switches within lighting applications and have been replaced by products using other electronic devices, or electromagnetic relays. They operate by the action of a heating element on a bi-metal strip, as the strip deﬂects it causes contacts to make, or break.

These relays are widely used in many applications. They are both small and capable of operation at low power. They are relatively poor at transferring high inrush loads (common to many streetlighting applications); this can be mitigated by techniques such as predictive load transfer.

There are a number of semiconductor devices capable of switching streetlighting loads. Triacs are the most common, however Thyristors and MOSFETs have also been used. These devices are
reliable, simple to control, and have a good ability to transfer high inrush loads. It is relatively easy to implement zero-cross switching with semiconductor switches.

For more KnowHow on street lighting photocells please visit the related posts at the bottom of this page.

KnowHow: Which Photocell should I choose?

Introduced over half a century ago, photocells were designed to automate the switching on/ off of streetlights to simultaneously reduce energy costs and increase efficiency. Since…
Find out more