Why choose university, when you can learn on the job with an apprenticeship in a progressive and innovative company? 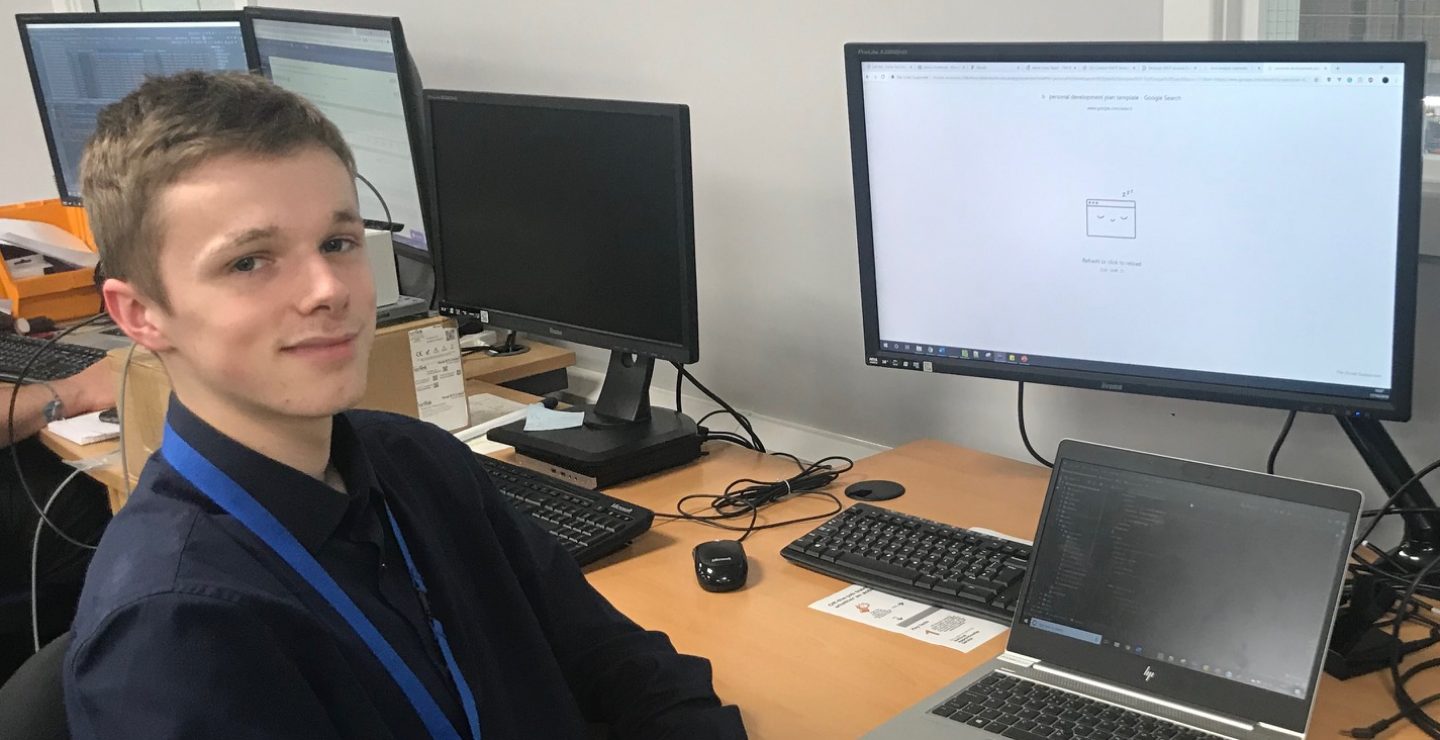 Meet Lucy Zodion’s new Software Development Apprentice, James Oxley, who is working with a growing team of software engineers to hone his skills and knowledge of cloud-based software and online applications.

James joined Lucy Zodion in August after completing his college course in Computing and Digital Industries at Kirklees College. With a love for technology and digital media, James has always had a keen interest in the way programmes and smart technologies are developed; not just the way they look on the screen.

It is this fascination that has steered James in the direction of Software Development and when it came to deciding whether to peruse his ambitions to develop his career, he was faced with the choice of applying for university or enrolling on an apprenticeship course.

After completing my college course, instead of going to university for a few years to get, what I feel, are not very important qualifications I wanted to actually get stuck into the software development industry and get some real experience that I can take with me anywhere

James signed up with training provider Estio to find a suitable company that fit with his requirements. Lucy Zodion was one of the companies that seemed to be a good match for James and when he looked into the type of industry we worked in, it gave him a positive outlook on the sort of projects he would be involved with.

I was instantly fascinated by Lucy Zodion because of their smart cloud-based street lighting, as well as the many different smart technology-based projects they are planning to develop over the years to come. This proved to me that Lucy Zodion is highly ambitious and competent enough to back these projects up so I wanted to get on board ASAP.

Upon starting his apprenticeship, James set a number of goals to help him focus on what he wanted to get out of the placement. Of course, learning and understanding the various languages required for coding software were top priorities, but he also wanted to understand the processes behind Software Development, such as version control.

With any new role, it’s inevitably nerve wracking to turn up on your first day to a new environment, new people and new processes. We provided James with all the equipment he required, so on the first day he could become familiar with the programs he would use and the projects he would be involved with. This was helpful for James as he could instantly get stuck in.

I love it here at Lucy Zodion. I feel I have learned a lot about the software development industry as a whole and have loved seeing these ambitious projects in their very early stages, which have the potential to change the world.  Also, everyone here at Lucy Zodion is incredibly friendly and gave me a very warm welcome with open arms on my first day, and have been very supportive to me ever since.

Lucy Zodion’s engineering team is growing to support its roadmap of innovation, which is focussed on developing interoperable smart city technologies that help to solve challenges experienced by Local Authorities. James’s apprenticeship is an important element of this development, as he will be able to have input in the way certain software elements are shaped, as well as learn about new approaches.

I have learned a lot about the different methods and technologies Lucy Zodion use to develop their technologies, as well as how they implement their developed front-end and back-end software into smart devices. In addition, I have learned about version control which, as stated before, I had no knowledge of.  I have also gained further knowledge on programming languages such as Vue.js, Tailwind CSS and PHP.

James is a full time apprentice at Lucy Zodion. This means for 2-3 days every few weeks, he must visit his training provider to gain an understanding of the methodology and theory behind the skills and knowledge he is gaining. He has already had one exam, of which he has passed; something both James and the team here at Lucy Zodion are very happy about.

James will continue with his apprenticeship until summer 2020. In this time he has a few more exams, before he qualifies as a Level 3 Software Development Technician. Because James’s qualifications will be based in a specific skill set, rather than a trade, it gives him the freedom to be able to choose whichever industry he wants to work in once he has qualified. Of course, we hope street lighting and smart cities is his first choice.

Once I have completed my apprenticeship, my ambition is to become a full-time developer, as I imagine I would have gained enough experience, knowledge and the necessary skills to do so effectively.

Find out more about what it’s like to work at Lucy Zodion here.